This year's State College Christmas Lights-Seeing Run was done under much different circumstances than last year's. Instead of 5 inches of snow and a big crew, this year a pretty steady rain was falling and hampering turnout. Still, about a dozen people showed up at the Westside Stadium. The Toltens brought their young son Will, who really wanted to see the 12 Days of Christmas display a good mile away from Westside. So we knew we were going to run at least 2 miles. In the rain. And most of the assembled didn't want to miss a run by Bwana's house for cookies and bourbon. So we pulled our hoodies close and headed out. The rain was steady, but not torrential, so it wasn't too bad once the crew got going. The 12 Days did not disappoint. And since the rain wasn't too bad, the runners headed through Greentree (which, truth be told, has really crummy lights). Then off to Bwana's house. The cookie's were great, as was the bourbon. And this year, Dave DeGroote treated Bwana (and by extension, the group) to some Benedictine and Brandy, a real heartwarming experience. As the runners left Bwana's house, they noticed that the rain had stopped! Off to Westside Stadium for beer and pub food. This year, despite the low turnout, the group raised a nice chunk of change for the State College Food Bank. 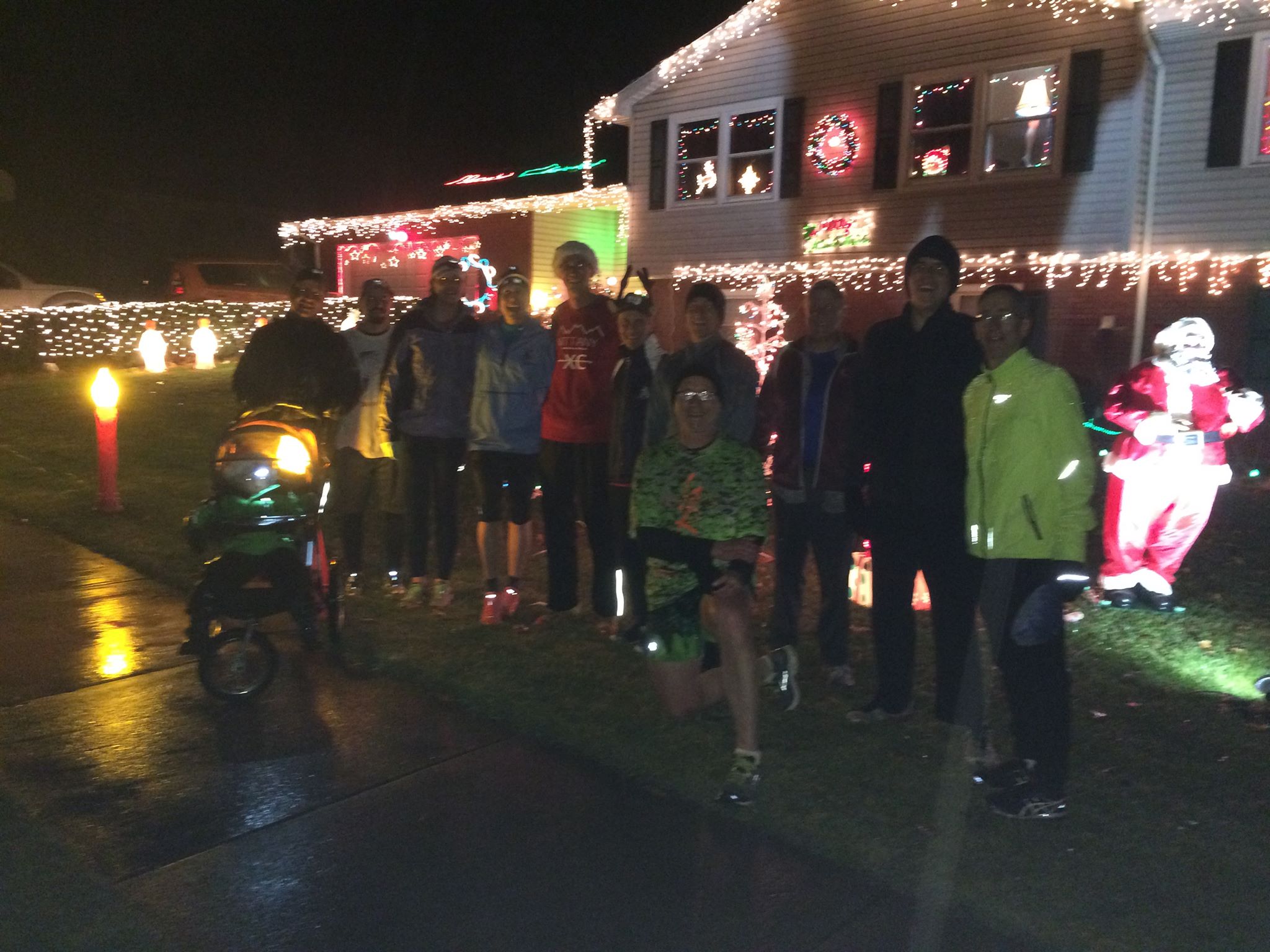 Runners stop for a picture on a rainy Christmas Lights tour.