For the sixth year in a row, Cheree Jones and Sheryl Balkey helped to organize a crew of bushwhackers for the United Way Day of Caring,. The project was again the golf course perimeter bikepath/jogging path, this time along the south and west edges of the Penn State Blue Golf Course near the corner sand traps and cart paths. The usual saplings, bushes, brush, shrubs, and branches had encroached on the jogging path.

The volunteers were: Penn State Build Brigade and the Penn State Men's and Women's Fencing Team (over 20 volunteers from among these groups), Joe Hughes--Penn State Golf Courses PGA General Manager/Head Golf Professional, who helped tremendously with the planning and execution, and Sheryl Balkey and Cheree Jones. The crew cleared the way so that runners have a clear treadway and golfers can see runners so they can yell "fore!". The NVRC chipped in to pay for some food and refreshment. Here are a few pictures. 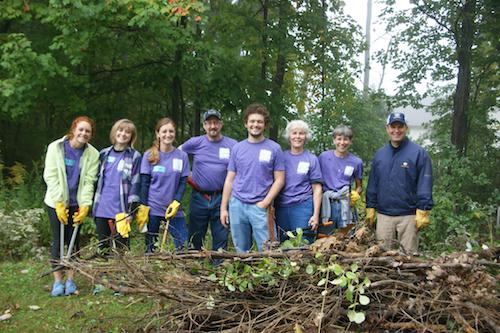 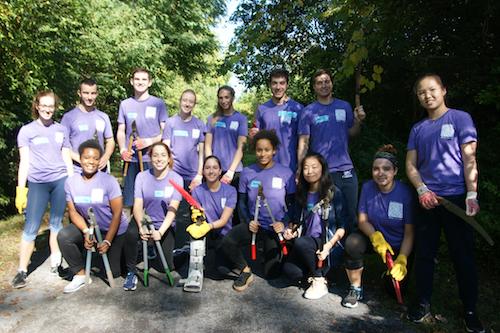 The Penn State Men's and Women's Fencing Teams would not be foiled.

Sheryl Balkey snips some of the low growth. Wait. Is that poison ivy? 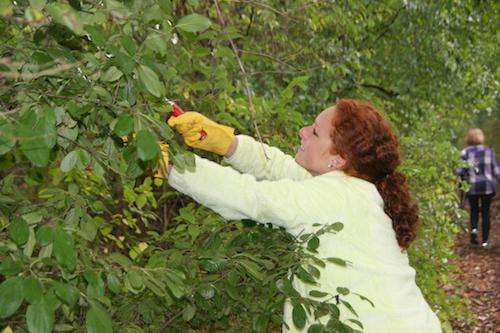 Some of the clearing required an upward reach. 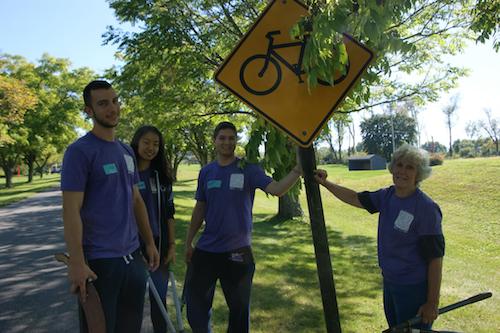 Time to either clear the brush away from the sign, or move the sign. They made the right decision. 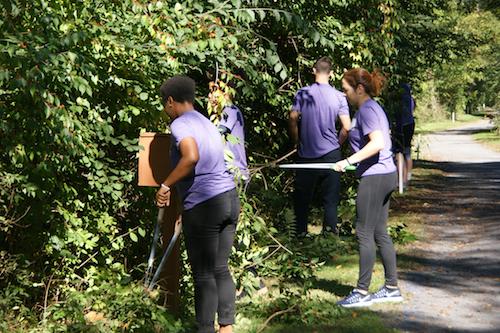 The group worked in teams and warned each other of flying golf balls. 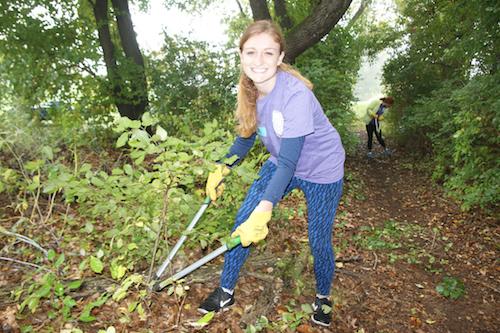 Working the job was sheer delight 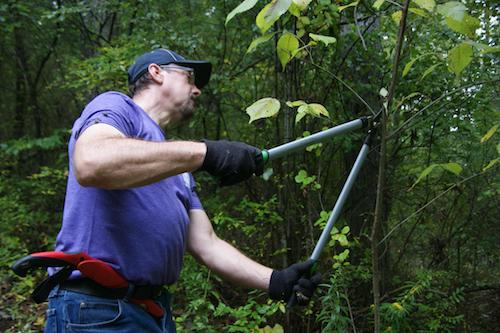 Taking out the brush required a variety of tools 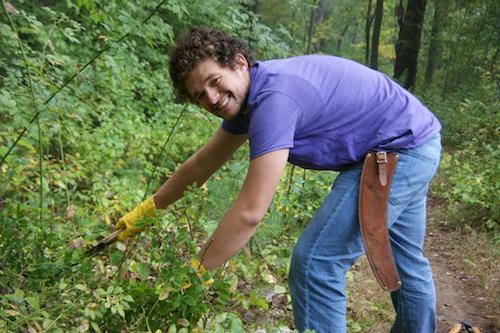 A machete came in handy. 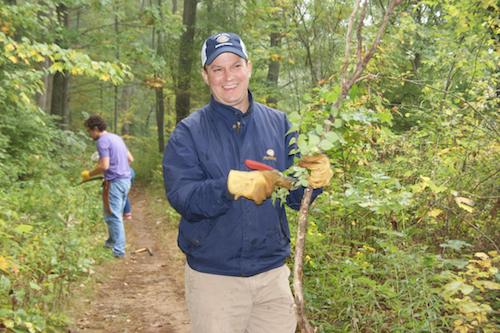 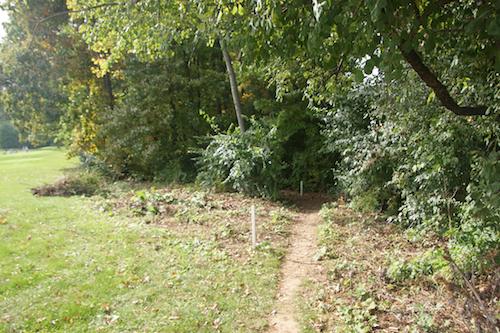 Go for a jog and check out the path!