Last night, nearly 30 runners participated in the annual State College Christmas Light-Seeing Run. As we have the last couple of years, we met at the West Side Stadium on W. College Avenue. The group was a mix of newcomers and regulars, and included at least one visiting out-of-towner. We did a variation of our yearly tour of the west side of town, heading first to the 12 Nights of Christmas display on Sparks St. We also checked out a high wattage display on Wheatfield Dr. Then, it was off to Stonebridge, where the displays tend to be a bit more subdued and tasteful. No 12 foot inflatable Santas or lights that require a separate trunk line from Allegheny Power. Tom Cali's townhouse was quite tastefully done in subdued white mini-lights, as would be expected from a subdued, white mini-Real Estate guy who knows a thing or two about curb appeal. Most homes used the mini-lights, though some were colored and some went so far as to toss them high into rafters and trees.

Heading back toward the West Side Stadium, the group made one more stop, at Marty's house. Vicky served up cookies, punch, and the keys to Marty's liquor cabinet. A bottle of bourbon later, the runners staggered back to the West Side Stadium for some pub food and beer. Another successful Christmas Light-Seeing Run was done. To keep things fresh, we'll scout out a new place for next year's run. Park Forest? Otto's is right there after the run! 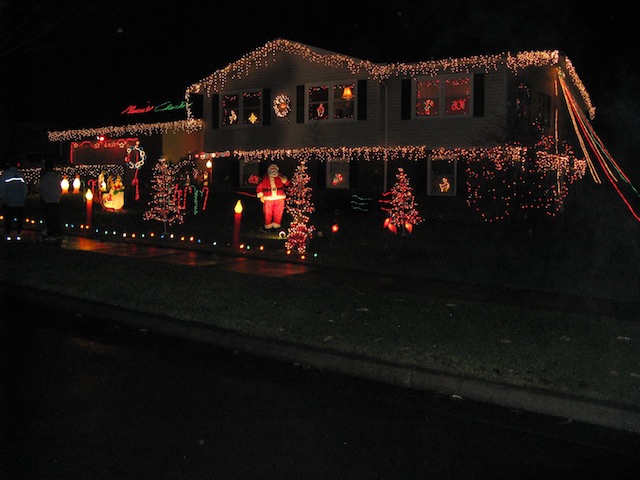 A tastefully decorated house in Greentree 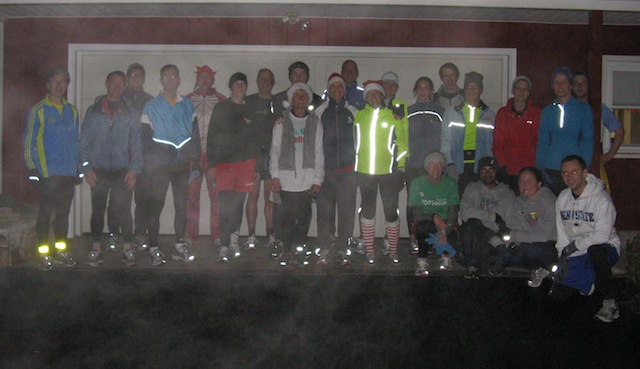 The group made it safely to Marty's house. 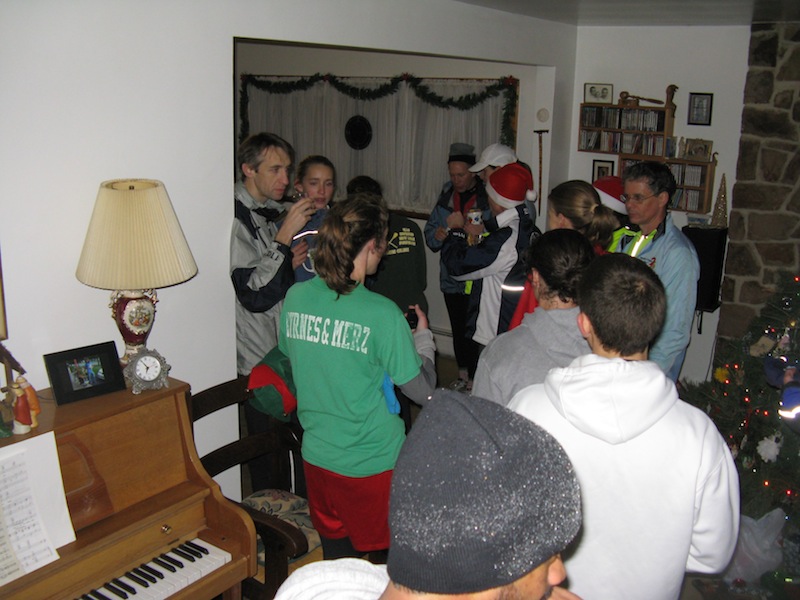 Nothing better than cookies, punch, and bourbon in the middle of a run!